Quality Time seems to raise questions about the role of popular music today, when our society is experiencing a continuous flow of stimuli produced by digitization. This overabundance instead of encouraging open and inclusive critical dialogue is making pop culture ruin by large steps towards radicalization with a parallel stagnation of ideas. If this is an obvious defense against an increasingly slippery reality, it is also true that pop music–leading medium of cultural and aesthetic restlessness from the 1950s onward–today is abdicating its active role of subject within the society due to dematerialization and proliferation into an always available digital commodity [continues below]. 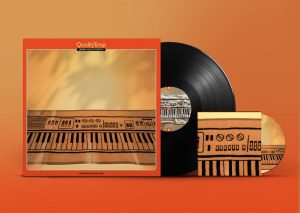 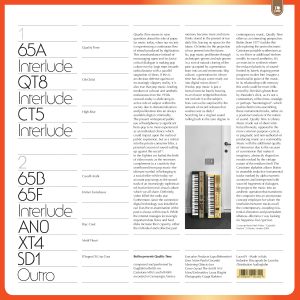 [continued] The present widespread public use of headphones is significant here–pop is no more experienced as an individual choice which could impact upon the realm of public expression, but as a retreat into the private consumer bliss, a personal cocoon of sound walling up against the social (*). In the Eighties we hailed the birth of video music as the necessary complement to a creativity that overflowed from pop music–the ultimate symbol of belonging to a social tribe–while today we account pop songs as the sound- track of an increasingly sophisticated –but far from real– visual culture which we all share. Definitely, video killed the radio star. Furthermore, since the connective digital technology was installed in our lives the rëexamination of the past is always within reach. While the internet manages increasingly important data flows and hard disks increase their capacity, either the individual and collective past memory become more and more firmly stored in the present of our daily life, leaving no space for the future. Or better, for the projection of our present into the future. So, pop music proliferates through archetypes–genres and sub-genres in a sort of natural cloning of the past accepted by a generation born into an anti-mnemonic blip culture, a generation for whom time has always come ready-cut into digital micro-slices(1). If today pop music is just a formal exercise barely bowing to an elusive zeitgeist that does not include it as the subject, how can we be surprised by the amount of record releases that washes over us daily? Searching for a virginal sound rolling back to the zero degree in contemporary music, Quality Time offers us an interesting perspective. Bottin (born 1977) tackles this job exploring the proto-electronic Casiotone portable synthesizers as is, no filters or additional timbres modify its sound aesthetics. It’s an exercise in synthesis where the reduced plasticity of sound – limited by barely shaping preset programs – makes him imagine a functionalist guise of the music. In its relationship with memory this work could be more influenced by Derrida’s ghosts than by Moroder’s click, as it’s not a commentary of the times – nostalgic or perhaps “hauntological” – which pushes Bottin into assembling these instrumental tracks, rather an a posteriori analysis of the nature of sound. Quality Time is Library Music made out of sheer intellectual honesty, opposed to the more common purpose – cynical, or pragmatic and non-authorial – of producing music as a commodity. Music with the additional quality of innocence due to the vacuum of commission that makes it imaginary, abstractly shaped on moods evoked by the vintage nature of the medium itself. The Casiotone alphabet allows Bottin to assemble seductive instrumental tracks marked by alphanumeric acronyms and interspersed with sourced fragments of dialogues. He projects the music into an aesthetic operation that transforms the composer into an anonymous concept employee for whom the interludes between tracks recall the contemporary – coupling existential alienation and postmodern idleness – dilemma: I was looking for happiness but I got lost.