I Have What I Gave

Written and produced by Bottin in Venice, Italy. Mixed by Bottin and Cristiano Verardo at Waterland Studio. Mastered by Josh Bonati.
Calligraphy by Chiara. 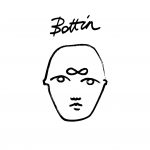 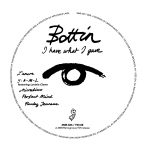 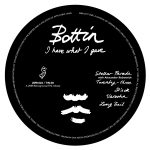 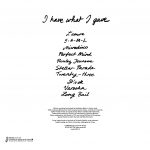 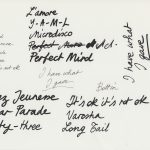 On his new album, I Have What I Gave, Italian musician Bottin outdoes himself. He crafts propulsive, disco-laden scores for films not yet made, and introspective, mind-expanding cuts designed to ensure that people who want to dance never get caught up in conventional experiences. Each moment with Bottin is a memorable one.

There’s the hypnotic, pop-disco cut Y-A-M-L featuring past collaborator Lavinia Claws on vocals. It existed in parts for a decade before coming together during the sessions for this album. It’s an energetic and transcendent affair.

And don’t forget the influence films have always had on Bottin. “L’Amore” has a foundation that recalls the cascading minimalism of Steve Reich and the cinematic work of the likes of Howard Shore. By the time the beat comes in, it’s pretty clear this is no mere exercise in routine nu-disco. This is Bottin, the composer. Another cut that proves Bottin should be scoring films is “Varosha” with its dark, arena- sized John Carpenter vibes that traffic in dystopia to balance out the bubbling optimism of “L’Amore”

The record’s quest extends back in time on “Perfect Mind,” featuring words from the ancient Greek prayer, “The Thunder, Perfect Mind” found amid the famous Nag Hammadi texts in Egypt in 1945. Over a pulsating, acidy backdrop the words are delivered through various vocal synthesis engines, evoking a cold, artificially intelligent singularity discussing the most human of matters.

All throughout an album filled with intricate and nuanced arrangements, Bottin doesn’t forget to keep people moving. There’s “Stellar Parade” another in a line of great collaborations with legendary Italian electronic musician Alexander Robotnick. There’s also “Twenty-three” an organic-sounding arp bath that perfectly channels the tension that builds over the course of a night. Bottin’s work as one-half of experimental synth outfit Deardrums rubs off on “Microdisco” which is fat with pulsating analogue synths and resonant beat experimentations.

One thing that sets I Have What I Gave apart from his pioneering Horror Disco and much-loved Punica Fides LPs is that this time around Bottin didn’t see to it to create a concept-album structure. Everything came at once during the writing and recording process, which no doubt gives the album its intensity and sense of immediacy.

“This album came about as a stream of musical consciousness” Bottin says. “I worked on all the tracks simultaneously, not one at a time as I normally do”.

But even if the album didn’t come about in a series of tightly crafted experiments, it doesn’t sound messy or chaotic. It’s just the opposite. Bottin has managed to take bits and pieces of sounds, some short loops and orphaned arpeggios, and a handful of vocal samples, and put them together into an album that unifies 10 songs of divergent trajectories into an outstanding body of work that absolutely kills.

If, as the record’s title suggests, Bottin has what he gives, then he’s in a good place. After giving people the experience of this album, the hard-working, always traveling artist will have a thankful, welcoming audience all over the world. [Aaron Vehling]