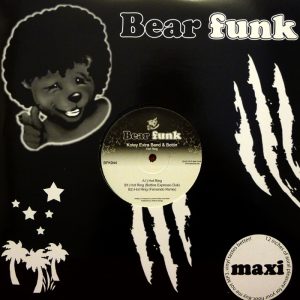 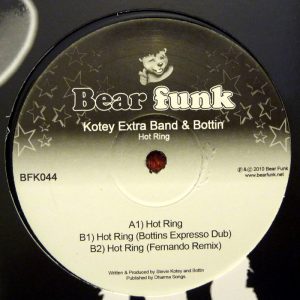 Many say that the internet has been the downfall of the music business, yes physical sales are down, girls and boys no longer make the effort to go to their local record shops. But the internet can also bring people together, yes musical minds can flourish without the need for expensive flights between studios.

William Bottin & Stevie Kotey are such a case, after sending each other inspirational tracks they loved via the internet, they where able to make use of Bottin’s Synthesiser prowess and Kotey’s drums & arranging skills to provide us with “Hot Ring” and ode to the hot ring modulator circuits Bottin has devised in his Venice home.

Inspired by the Riz Ortolani soundtrack for “The Girl In The Yellow Pyjamas” Hot Ring bounces around like Pamela Anderson’s front end whilst running up and down Malibu beach. Sharp stabs and spooky synths lines put this straight in modern electronic disco box.

Things go even dirtier and deeper with Bottin’s stripped down Espresso Dub version which feels precisely like a double caffeine punch that will kickstart any stagnating dancefloor. 2020 Soundsystem and Redux main man Fernando then comes up with lovely remix where he adds his signature dubbed out punky sound to the EP.